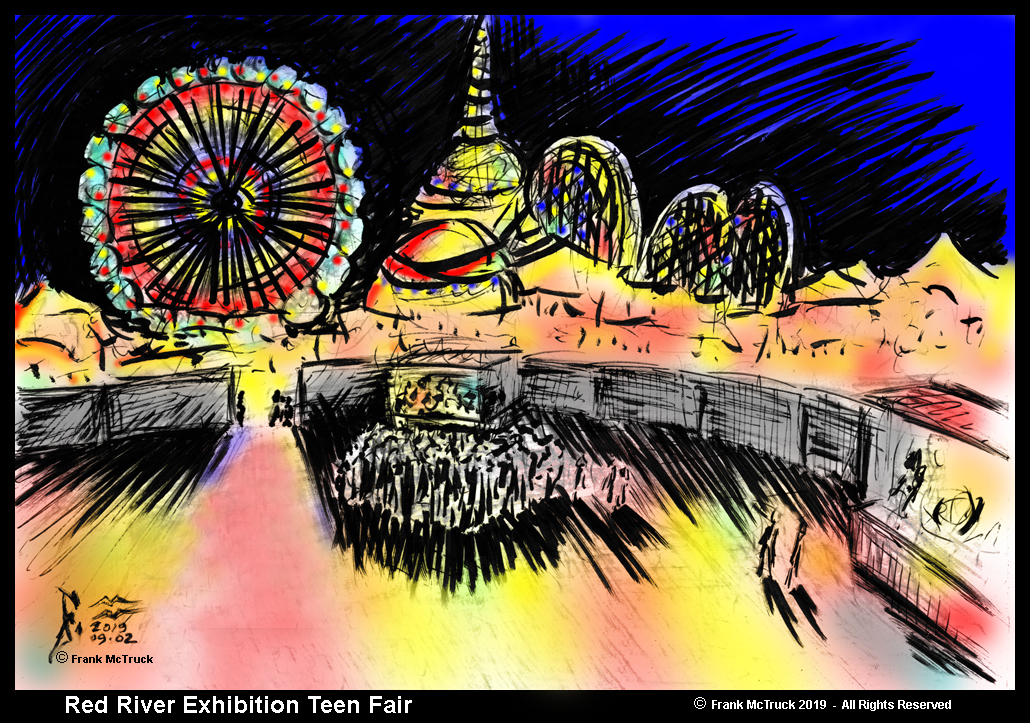 Frank McTruck - "Every year, just as school was out for the summer, the Red River Exhibition came to Winnipeg. It was a huge circus, midway and carnival - the works! Starting around 1965, 'The Ex' had a special new event called 'The Teen Zone' that was mind-blowing for a teenager! It had what must have been over 50,000 square feet of asphalt parking lot, with three stages around the perimeter. The entrance was free from the Red River Ex midway, and it was a huge area, so even with crowds of hundreds there was plenty of room to get up close to the stage. The best bands in Winnipeg played on three stages, all day long on weekends and non-stop every evening for ten days! When one band stopped playing, another would start up with barely a pause. Hundreds of teenagers would move in a mass toward the stage where the next band was already set up and ready to play. They ran that event for a couple of years in the mid 1960's, when I was in my teens. I was there almost every night, and all weekend, every year that they held the event." 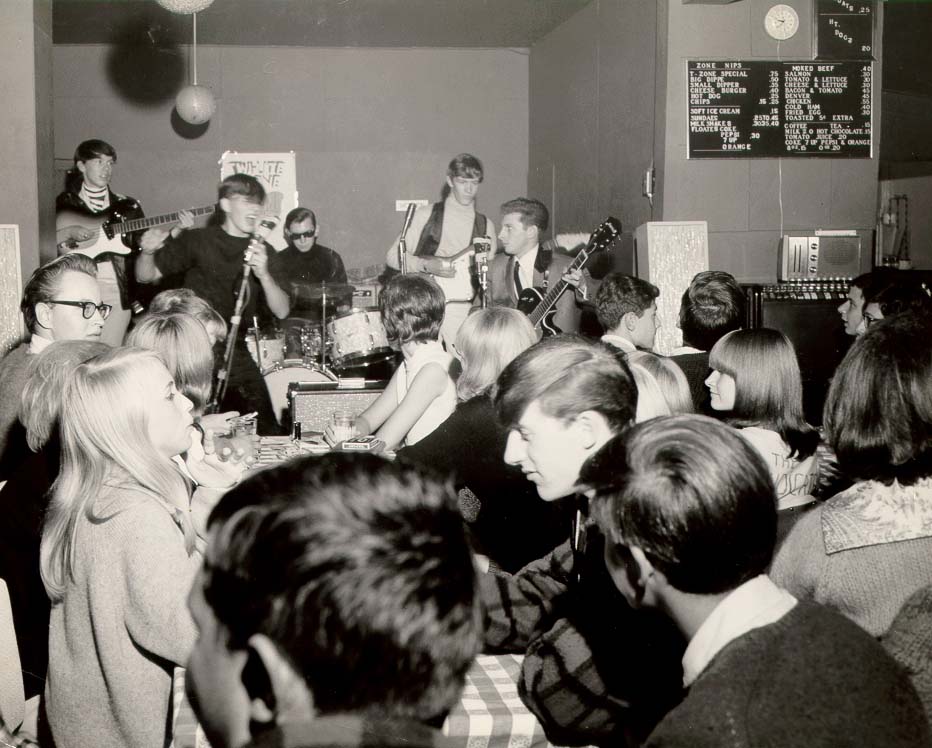 Frank McTruck - "On weekends, we would cross town to hear our favorite bands, and meet new girls, every Friday and Saturday night. Bands like 'The Devrons', 'The Shondels' and many other talented local bands played every weekend all over the city at small clubs and teen dances in high school auditoriums and community clubs. I'm with one of my high school friends, Brent Kerr, at 'The Twi-lite Zone', our favorite venue on the local teen music scene in Winnipeg, in 1965. I'm wearing a psychedelic indigo, violet and purple plaid hoody and enjoying the music of 'The Quid', our favorite local band at the time. Many other local bands were really good live, and Winnipeg had some awesome bands, but The Quid stood out. Neil Young and the Guess Who (Chad Allen and the Reflections) started in that scene. Lenny Breau was around, teaching guitar, and playing tiny venues for lucky audiences. I saw him play at a small church basement for a dollar or two. He was at the top of his form and was astounding! Playboy had a poll of the best musicians in the world and he won for guitar."


Frank McTruck with "The Crazy Ladies" in Winnipeg 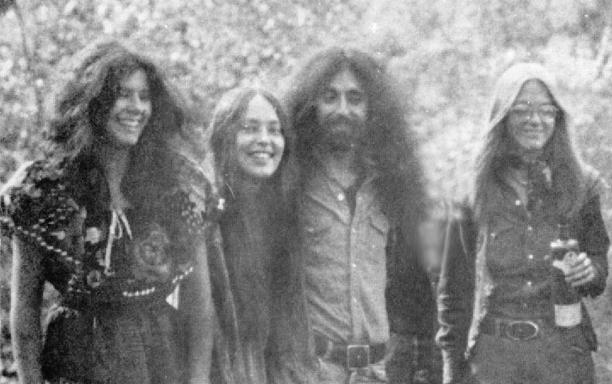 Frank McTruck - "In the early 1970's I lived in a big house on Eugenie Street in the St Boniface neighborhood of Winnipeg. My room mates were five girls who called themselves the 'Crazy Ladies. That's Tie-Dye on the left, Nerak in the middle next to me and Juice, a tall and wild custom leather worker who was originally from Texas, on my left." 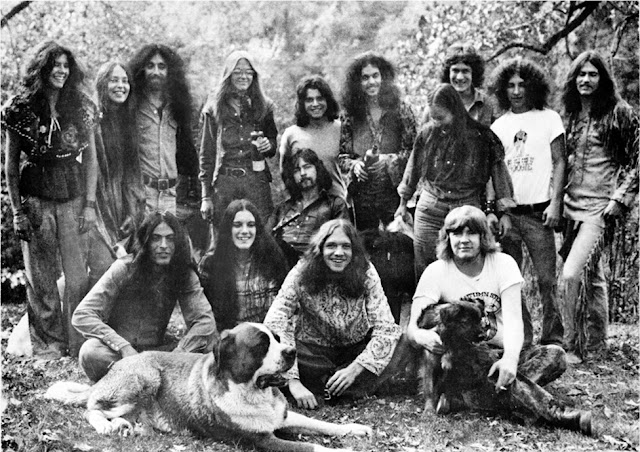 Frank McTruck - "That day we were all out on the riverbank behind the rented mansion on Wellington Crescent for a calendar photo shoot for 'The Autumn Stone', Winnipeg's first head shop and legendary local record store. My friend, Stu Munn, and I had a custom leather shop, 'Finest Custom Leather', and the first comic book store in the city, 'New Universe Comics' in 'The Stone'. We started the comic book store in late 1972 to avoid having to search 7-11 stores around the city for each issue of our favorite comic titles." 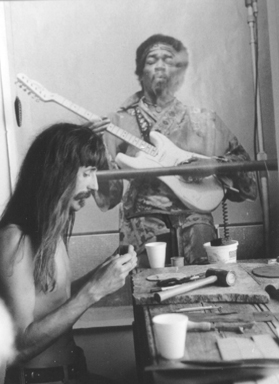 Frank McTruck - "I'm taking a break from tooling artwork drawn onto leather, in my custom leather shop "Wizard's Hat" on Kennedy Street in downtown Winnipeg during the long hot summer of 1979."

Frank McTruck with "The Leather Ranch Girls" in Winnipeg 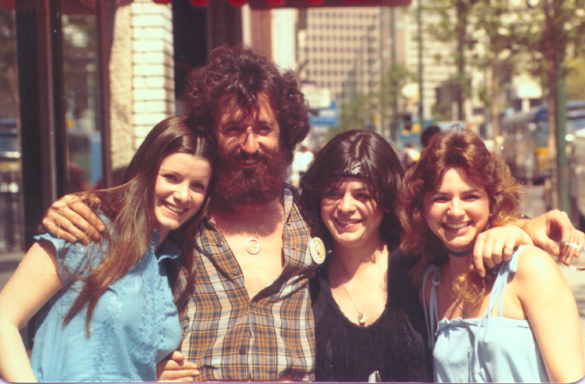 Frank McTruck - "I'm with the three girls who were working at the Leather Ranch on Portage Avenue in downtown Winnipeg in 1982. Jeree is on the left, Shelley is in the center, and Leslie is on the right."

Posted by Frank McTruck at 8:07 PM No comments: